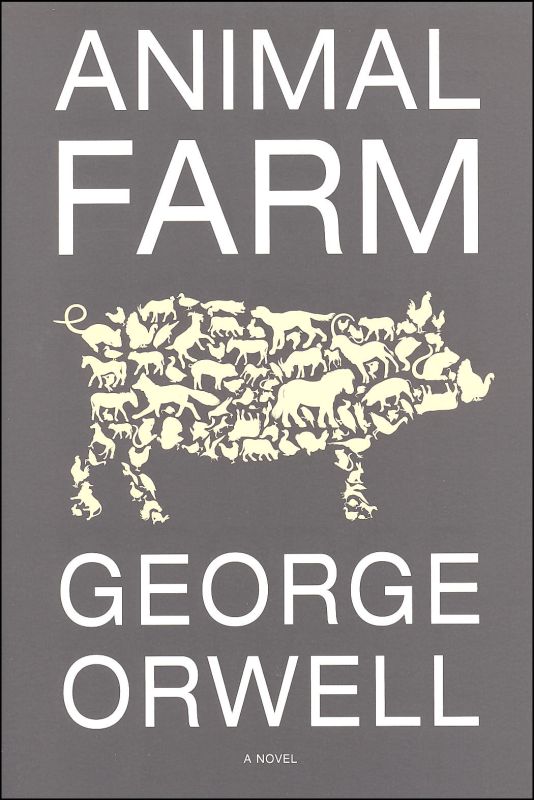 Animal Farm is one of the most famous satirical/dystopian works on equality and politics, symbolized by barnyard animals who are living free from the tyranny of their masters. Written by George Orwell in 1945, Animal Farm contains the story of animals on Mr Jones’ Manor Farm, who are inspired by an old boar, Major, to rebel. They start a revolution by embracing animalism so as to attain their ideal state of justice and progress. However, the pig named Napoleon who is portrayed to be power hungry becomes a totalitarian dictator and leads the entire Farm into oppression.

What is Animal Farm?

Animal Farm is an allegory which symbolizes the Russian Revolution of 1917 as well as represents the early years of the Soviet Union. The work reflects communism where Mr Jones represents the Russian Czar and Manor farm is allegorical of Russia. Old Major can be seen as either Vladimir Lenin or Karl Marx and Snowball, a pig, represents Leon Trotsky, a forward intellectual and revolutionary of the time. Napoleon represents Stalin while the dogs represent his secret police. Similarly, Boxer, the horse is a representation of the proletariat or the commoners.

The setting of the novel is dystopic, showing an imagined world which is worse off than the real world, as opposed to utopia which represents an ideal state. Similar works or famous essays on dystopia other than Animal Farm are Orwell’s other work 1984, Huxley’s Brave New World and Ray Bradbury’s Fahrenheit 451.

Majority of Orwell’s time was spent amongst the commoners and the disfavored in England, which led him to believe that the only solution for the societal issues such as poverty lay in socialism – a concept which dictates the economic and political philosophy to be ruled by the state, where production and distribution is shared equally amongst all members of the nation who can then share in all the rewards and profits alike. Furthermore, in direct opposition to capitalism which posits the states production and distribution to be entirely owned by private concerns, socialism requires the government to be in direct control of the nation’s economy and therefore liable for closing the wide gap between the poor and the rich. Hence, even though Orwell was not an anti-capitalist, he believed that only the slow introduction of socialist beliefs and practices could potentially lift Britain into an ideal state, where the poor could equally partake in the fruits of the nation.

Nevertheless, Animal Farm is not entirely rooted in the political dissensions of the time such as the Russian Revolution. The novel also allows its readers the chance to examine the hypocrisy practices by the various political leaders of the time, who seemingly have noble and altruistic motives but can betray these ideals to further their private wants. The novel also illustrates how nations can abuse its citizens under the guise of providing them protection and amongst promises of a better life, as well as how such nations can eventually become into a totalitarian regime, hoping the citizens into a terrible state of affairs.