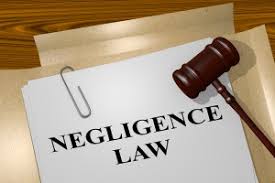 In case, laws of negligence, we might also refer to the case: Av Tucker v Ang Oon Hue, where a contractor was built by a defendant for the construction of some houses. A considerable amount of lime was left by his subcontractor for the works, which was frequently and freely used by the members of the public. A number of children had the habit of playing in that area. No steps were taken by the defendant for preventing injuries that occurred to children while there was no work going on at the site. Plaintiff, who was a five-year-old boy, received a handful of lime in his eyes that was thrown at him by one of the other boys playing with the dump. Consequently, the plaintiff- the boy had damaged his right eye and lost his sight.

According to the court, the defendant was found to be negligent to the duty of care and the plaintiff was allowed to receive the damages. The judge referred to the case of Glasgow Corporation v Taylor in order to identify the extent of care required in Av Tucker v Ang Oon Hue case. In the case of Glasgow Corporation v Taylor, a seven-year-old kid was playing on a public ground. He ate a poisonous berry picked from a nearby tree, which results in the kid’s death. The defendant was found guilty by the court as he did not fence the trees since he knew that the berries age poisonous and they will allure the children to come over and take them.

There are also certain sort cases where the common law was not considered to be suitable to be used as a reference in the current scenario of Malaysia. This can be observed in the case of Eu Sim Chuan v Kris Angsana Sdn Bhd, where a 20 story condominium was built by the defendant beside the bungalow of the plaintiff. The soil was excavated by the defendant for constructing a car parking basement of the building. This resulted in the ground movement and structuring and damaged the structure of the bungalow and areas surrounding it. The court had to take the decisions whether the defendant acted negligently by constructing the condominium and causing significant damages to the plaintiff’s bungalow.

An interest was drawn by the defendant towards the case of Acton v Blundell, in which it was declared by the court that a person has complete rights of using the sources of water under his land, even though his actions may cause an abstraction of water permeation from under his neighbor’s land, thereby causing injury to him. Referring to this case, the defendant resisted that Angsana should not be held liable for the damages that were caused to the plaintiff’s bungalow. However, the principle was rejected by the court in the case of Loh Siew Keng v Seng Huat Construction Pte Ltd, in which the defendant performed some sewerage work including replacement of sewerage line situated underground that was next to the house of the plaintiff. The plaintiff claimed for an action of nuisance and negligence as a result of excavation of the trench performed by the defendant next to his house due to which cracks penetrated walls on the second and first floor of the house and continuous crack line was caused on the external floor and at the different part of the house. According to the court, the principles adopted in the case of Acton v Blundell were out of date and were no longer applicable to the current situation.