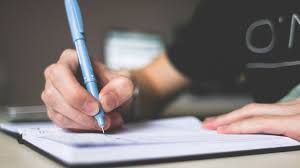 The key thesis of Mark Slouka of this article was a persuasive argument which indeed had severe concerns on the country and the individuals. The thesis was, that in American schools the humanities have lost out to science and math which eventually will have severe impacts on the future of democracy. Moreover, this article performs an analysis of the factors through which the factory-style and test-driven schooling were analyzed. Despite the effectiveness of the approach being challenged by the evidence. Slouka always has emerged with strong elements as the art of rhetoric has always been finely added by him throughout the content. Along with the usage of elegant language. It can also be read and well-enjoyed by an individual. However, the intoxication of elegant prose used in order to overwhelm the prominent reasons must not be encouraged by the reader.

Secondly, validity indeed is present throughout the essential thesis of Slouka in this article. As the framework in which our language, the education’s thrust, the value of things has been reckoned and emerged as enormously economistic. In case of evaluation of plans, arrangements, programs, or systems, questions related to how fair they will be are mostly perceived by us, instead of being more concerned whether they are not cost-efficient or simply effective. Moreover, consequences result negatively when this specific frame has dominated our outlook of perceiving and seeing things.

In addition, some of the few examples reflected in the article as evidence both empirical and anecdotal as supportive propositions towards the key thesis have been the evidence of collateral damage due to the impact of particular policies, the failures of test-based accountability in the United States, and failures of particular policies of enhancing the outcomes of student. Along with this, the article also presented factors which initiated factory-style and test-driven schooling involving the Overton Window – which was a small range of discourses that are acceptable and precludes discussions over healthier alternatives, ignorance of alternative paradigms of education, ignorance of the historical origins of factory schooling, and institutional and personal inertia. Furthermore, it also presented factors such as influencing the factory-style schooling involving misleading and flawed research, linear curricular outcomes, conventional academic outcomes, self-fulfilling prophecies related to the motivation of students, motives based on profits, tendencies of the bureaucracy, and misleading media and language coverage.

Moreover, the article has reflected upon some personal experiences which a person may have experienced in their own life. Personal experiences are produced through good literature. Entire cultures can be influenced by great literature. However, the power of literature and the value of literature are independent and distinct. For example, if the Bible submitted de novo to a publishing house in today’s world, there are fifty percent chances that it would have got rejected. However, we still study it because a powerful impact has been influenced by it throughout the Western World.